Pondicherry and France Auroville Radio
On the occasion of the 50th anniversary of the dejure transfer of the French Establishments in India to the Union of India (August 1962), the Pavillon de France à Auroville and the Central University of Pondicherry (Centre for European Studies) are organizing a two-day seminar on the theme The Treaty of Cession (1962) Fifty Years Later, Pondicherry and France.

Whatever the appearance we must bear, Whatever our strong ills and present fate, When nothing we can see but drift and bale, A mighty Guidance leads us still through all. Sri Aurobindo, Savitri

Mamata to visit Chandernagore via waterway The Statesman 19 November 2012 KOLKATA, 19 NOV:
To avoiding traffic congestion and assess the potential for developing Chandernagore as a tourist spot, Chief Minister Mamata Banerjee will use  the  river to reach the city tomorrow.
Devotees of Sri Aurobindo from all over the globe visit the place where Sri Aurobindo stayed in the house of Motilal Roy after being acquitted in the Alipore bomb case.
Close associates of Sri Aurobindo including Sister Nivedita got the news that the British were planning to arrest him once again. She persuaded Sri Aurobindo to leave the city and Sri Aurobindo left for Chandernagore in a boat.

A Nightmarish Legacy from Centre Right India by Sandeep Balakrishna
Nehru was ’s20th Century Tughlaq. Over the last four days, I’ve been thinking of a term to characterize independent ’s first Prime Minister and this is the closest and the most accurate I could think of. Other Suggestions are welcome. The parallels are so stark and evident that I cursed myself for not noticing them earlier.  was a playground on which Nehru played out his numerous self-designed sports—except that every single sport he designed ended up grievously wounding if not killing the actual players who merely happened to be the citizens of . Not too unlike Tughlaq. And not too unlike Tughlaq, Nehru was full of ideas. To our eternal misfortune, this Nabob of Cluelessness, like Tughlaq, had the power to, and implemented those ideas whose rightful place is in the world of fantasy. Like Tughlaq, Nehru’s unrivalled cluelessness was only complemented by his incurable megalomania. Tughlaq at least lived in a time when the Royal Ego was a desired qualification in a ruler. 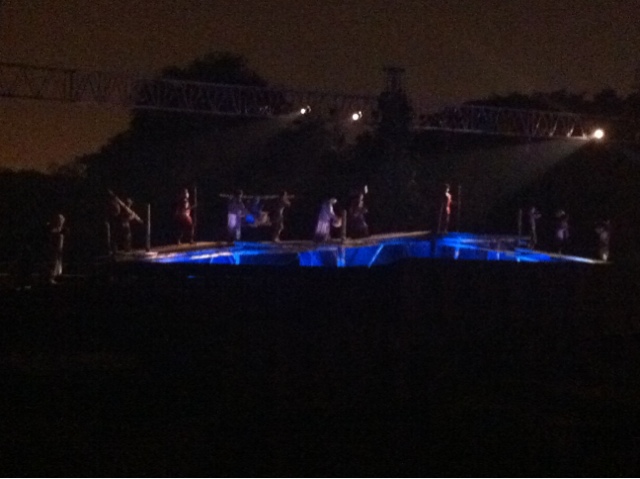 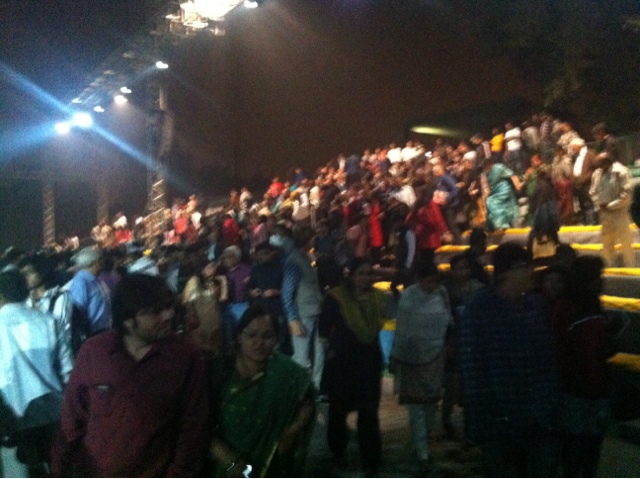 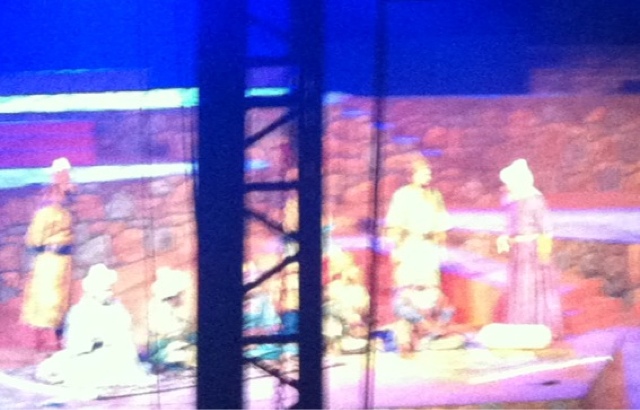 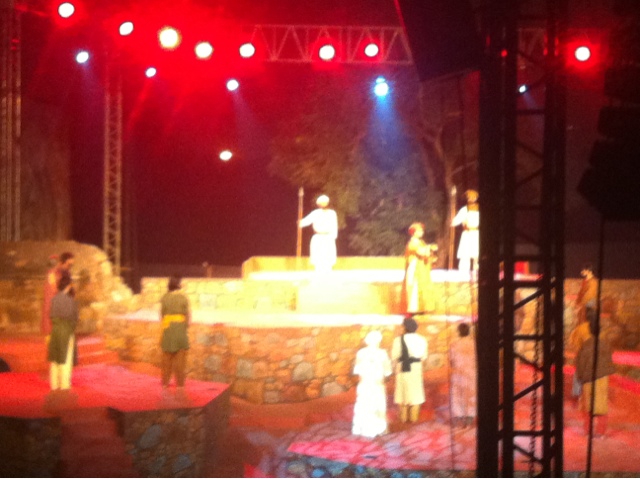 Posted by Tusar Nath Mohapatra at 7:46 PM No comments:

Home > Guidance for the seeker
This message is generated randomly from a collection of short written statements taken from the notes, letters, and messages of The Mother. The process of generating the guidance is the electronic equivalent of randomly looking up a book to receive an indication or answer.
Posted by Tusar Nath Mohapatra at 7:34 AM No comments:

Getaway from passionate nature and partisanship

[balawrites: Warring Sexes
Mirra is not too proud of the capabilities of women. She is wary of their weaknesses too that also get exposed by the first world war. She wants women to extricate themselves from the grip of emotions and sentimentality if they want to succeed in their position. Of course women are capable of love and humility and abstain from brutality and vulgarity. However they must getaway from passionate nature and partisanship to sustain themselves as successful administrators. Mirra appeals to the world to include women to achieve more. Women are for the interior and men for the exterior shall no longer be fructifying. The sexes must be put together for a sustainable progression. The hostility between the sexes must be put aside in the obsolete category... Posted by BALA at 4:31 AM] kkk

Tweets [Rajmohan Srinivas ‏@yrskmohan "Sources of Poetry" by Aurobindo is a masterpiece. Yet not many modern poets even heard about it. @Back2Vedas @SangeetaRG]

[10h vamanan ‏@vamanan81 Y Peter Heeh's Lives of Aurobindo is so many lies on Aurobindo. http://cidif.go1.cc/index.php?option=com_content&view=article&id=1197:the-lives-of-sri-aurobindo-by-peter-heehs&catid=43:livres-et-publications&Itemid=5 …]

1h inpondy ‏@PondyTweets @OliviaCummings8 The Sri Aurobindo Ashram has regular yoga asana classes from 645 to 830 every morning in its Ayurvedic Section.  View conversation

[Sanjeev Sabhlok says: November 3, 2012 at 7:16 am You’ve understood nothing about me as well, young man. I too oppose crony capitalism. There is no such thing as “democratic socialism”. Either you oppose state control or you want it. Aurobindo opposed state control over our lives. Period.]

[Robert E. Wilkinson - 7:01 PM, August 13, 2009 The only option is to deny the facts and idealize the beloved out of all proportion. Tusar Mohapatra has provided us with an unmistakable example of this view when he writes: […]
This is a classic example of someone taking their own unfounded hagiographic inflation to extremes. What is most revealing is Tusar’s desire to get away from all formulation, mythic or otherwise which allows him to believe whatever fantasy he likes without the inconvenience of having to deal with proof of his claims and the facts that support them. He does so by putting them “up there” on the Transcendent heights beyond the reach and explanation of mortal man. This is a perfect example of how devotees with no yogic experience and realization attempt to turn this epochal spiritual work into a Religion. What remains are un-provable pronouncements about Sri Aurobindo and the Mother solely derived from Tusar’s subjective devotional fervor. His hopes are pinned on the ‘years to come’ and any fellow disillusioned Aurobindonians who might rally to his flag.
In a work characterized by objective knowledge and precision, this kind of unqualified ‘new age’ response is simply unacceptable. By placing Sri Aurobindo and the Mother on incomparable, unreachable Transcendent heights, Tusar believes that he is doing them a service but in fact, as we have discussed in this paper, he is contradicting the very purpose they came to achieve. If joining the top of the ladder to the bottom is the whole secret of realization and the work of the Avatar, Tusar has just yanked the ladder out from under them and made their stated evolutionary goal of the divinization of matter a virtual impossibility.]

Within the four walls of the Ashram and its affiliates

[Fifth Letter of the Bengaluru Study Circle to the Trustees of Sri Aurobindo Ashram from Critique of The Lives
It is not just any academician, scholar, historian or litterateur, however eminent, who can be trusted to judge a biography of a Yogi because the intellect needs to be tempered for the purpose by certain inner sensibilities. In other words scholarship must be accompanied by humility and genuine reverence for things spiritual. Both in the Ashram and outside we have such people who combine in themselves scholarship, devotion and even sadhana. Many of them have already made known their specific objections to the Book in question. They cannot be just wished away because they do know more than anyone what they are talking when it comes to the Mother and Sri Aurobindo.
And yet the Trustees have chosen to ignore them and instead given misplaced importance to the views of an intellectual class who are either ignorant or altogether refractory. This is a gross error on their part that needs to be undone immediately through serious dialogue…
There has to be only one guiding principle for all of us in this important matter and it is axiomatic: The Ashram is by the Devotees, of the Devotees and for the Devotees… Every sadhak is precious because he represents the soul of the Ashram in his own individual way. A dialogue started on a note of trust and good will would be a noble gesture from your side, a gesture not so much out of magnanimity as out of wisdom, a gesture out of our deep commitment to the Mother and Sri Aurobindo.
It must be kept in mind that as devotees and sadhaks within the Ashram or outside, all of us are answerable first and foremost to ourselves, our conscience, our loyalty and Bhakthi towards our Guru rather than to any human being however exalted and eminent he might be, inside the country or outside… Thanking You, Sincerely yours, for SRI AUROBINDO STUDY CIRCLE Vaishali Ganapati Bhandari 30 October 2012 The above letter has been signed by forty more members of the .]
Posted by Tusar Nath Mohapatra at 10:17 PM No comments: